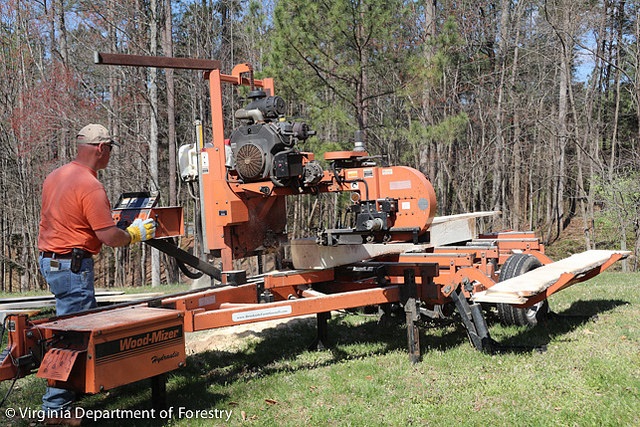 Until about two years ago, the fate of trees removed from the urban forest in Harrisonburg, Virginia was predetermined. The trees, no matter how large they might be, were either destined for the firewood pile or had a future as mulch via a giant tub grinder. Like many other municipalities across the Commonwealth, urban trees that were removed due to natural mortality or development were viewed as “woody debris.” Unlike many other communities, Harrisonburg has a substantial component of ash within their urban forests. In one park alone, the city is in the process of removing four hundred ash trees that have been killed, or are in the process of dying, due to the emerald ash borer (EAB).

In 2018, Harrisonburg began developing an urban wood program by working cooperatively with the Virginia Department of Forestry’s Urban Wood Project. According to Green Space Manager Jeremy Harold, “We wanted a better use for our urban trees beyond firewood and wood chips.” Harrisonburg launched this initiative with the production of a video which featured the plight of the city’s ash trees, but also containing a message of hope of a positive future for these majestic trees.

Over the past two years, Harrisonburg’s Rocktown Ash™ has become a popular commodity among architects, wood workers and business owners. This ash wood came from the trees that were harvested by city crews in 2019 from Westover Park. Logs deemed to have potential commercial value were offered for sale on www.publicsurplus.com  Rocktown Urban Wood, in collaboration with Willow Run Custom Lumber, purchased all sixty logs.

Recently, this wonderful urban wood has been included as part of the interior furnishings for the Sage Bird Ciderworks and Magpie Diner, situated across from each other on North Liberty Street. Sage Bird owner Zach Carlson selected and finished his own piece of Harrisonburg ash that he purchased from Rocktown Urban Wood, creating an awesome store-front bar top.

Magpie owner Kirsten Moore has included eighteen urban ash wood tables in her establishment for customer dining. These ash tabletops were constructed by the talented staff at Rocktown Urban Wood. According to Brad Wroblewski (formerly with Rocktown Urban Wood, now with KnochedVA), “Kirsten Moore and I had been talking for quite some time about her ideas and thoughts concerning her new business venture. Eventually she reached out to me and we went over ideas for her tables. She liked the idea of using local wood from a local business and loved the look of ash”.

Brad continued, “I have noticed of late more interest in ash from our customers. This interest includes local folks living here in the Shenandoah Valley, to customers as far away as Philadelphia. I believe people in woodworking are hearing more about the destruction caused by the EAB and the inevitable loss of the ash trees. Knowing that something may be going extinct intrigues people and in turn they want to preserve and save some part of the history of the trees through their work”.

Additional information about Harrisonburg’s Urban Wood Program can be found at https://www.harrisonburgva.gov/urban-forestry-program

Information on the Virginia Urban Wood program is located at: www.vaurbanwood.org 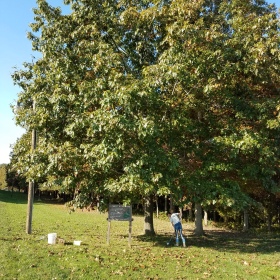 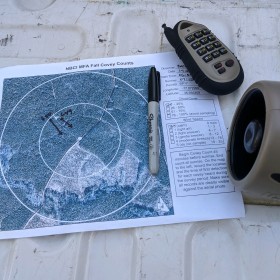 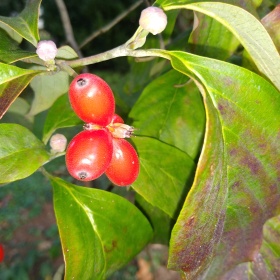 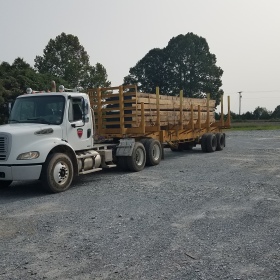