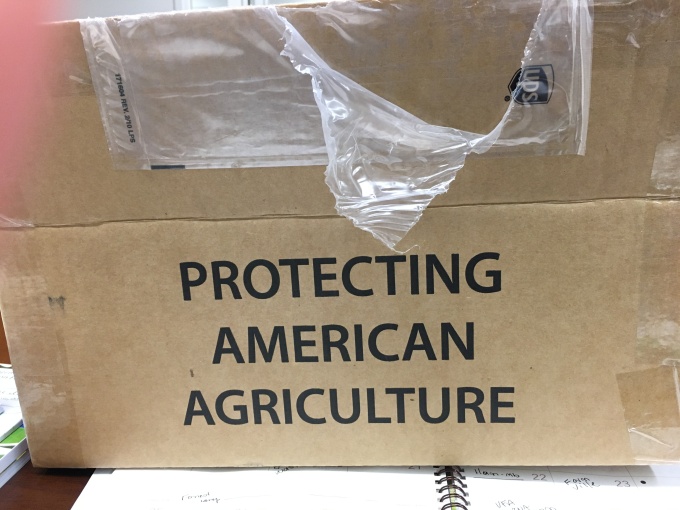 “They look so pretty!” That’s what I said the first time I saw an adult emerald ash borer (EAB). But I soon learned from our VDOF Forest Health team that this green insect’s destruction is anything but pretty.

EAB came to the United States from Asia, was first discovered in Northern Virginia in 2008 and is boring its way through ash trees from Michigan to Virginia. “Adult ash borers are metallic green beetles that can be seen flying around the tops of ash trees in late spring and early summer,” VDOF Forest Health Manager Lori Chamberlin said. “These beetles lay eggs on ash bark, and the larvae that hatch tunnel into the tree and feed under the bark. This disrupts the flow of water and nutrients within the tree – effectively choking it to death.”

No ash tree native to Virginia is resistant to EAB, according to Chamberlin. And, unless they are treated before or very early in the infestation, all ash trees that are infested will eventually die.

But there is an arsenal to push these invasive insects back.  “We recommend either a stem injection or a soil drench,” said Chamberlin. “But the time to do this is now, because once an ash tree has lost more than 30 percent of its canopy, it’s too late to save the tree.”

Chamberlin recommends that landowners contact a certified arborist to discuss the treatment options, their costs and the timing of these treatments.

Chemical treatment is effective and most appropriate for high-value landscape trees. Unfortunately, treatment is not normally effective in a forest setting. According to forest survey data, ash makes up approximately two percent of Virginia’s forests. However, it can comprise a significant portion of individual forest stands, especially in riparian and mountainous areas. If you own forestland with a large component of commercially valuable ash, the VDOF recommends discussing your forest management options with a professional forester. Options may range from conducting a silvicultural harvest to doing nothing and leaving the dying/dead trees as wildlife habitat. Check out additional information about professional consulting foresters working in the Commonwealth.

I went out this summer with Lori Chamberlin, VDOF Forest Health Specialist Katlin Mooneyham and University of Virginia Forest Health Intern Kendra Counts  to try out an EAB management method in Cumberland State Forest (check out the video up top).  It was hot; there were mosquitoes and waist-deep poison ivy. But the work this team accomplished will go a long way towards learning how best to fight back against EAB.

As we waved off mosquitoes and navigated the underbrush, Chamberlin and Mooneyham explained that biological control is the most effective effort that we can use in controlling these beetles as they move through forested settings where other control options are not viable. The only other real shot we have at controlling EAB is use of insecticides, but in forests that is difficult because of the amount of ash present and the expense of treatment for that many trees.

“Biological control is a key tool in the integrated pest management toolbox for controlling invasive species,” said Mooneyham. “When we’re faced with a widespread attack, such as we are currently experiencing in Virginia with EAB, we need all the help we can get.” 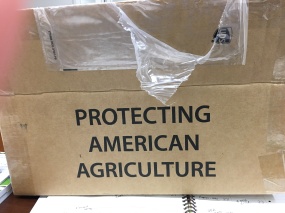 ese wasps from USDA APHIS since testing in quarantine showed that they were not a threat to other native insects or animals. This also means that since the wasps are so species-specific for their prey that their population rises and falls along with changes in EAB populations!

The VDOF Forest Health staff continues to monitor the establishment of these predators over the next few years at these two sites and hopefully more releases on other state lands will follow. Ultimately, the release of these parasitoids is one of the efforts VDOF is pursuing to protect ash throughout Virginia and gives hope that EAB’s march through our state can be slowed. F

Click here to learn more about EAB or these parasitoids. 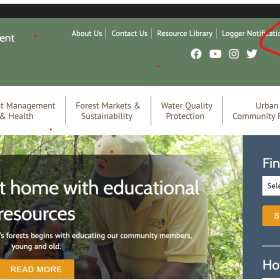 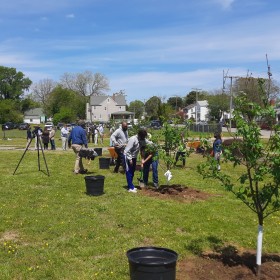 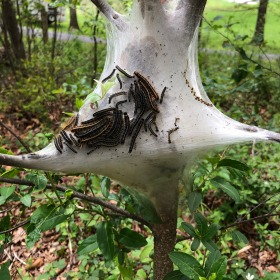 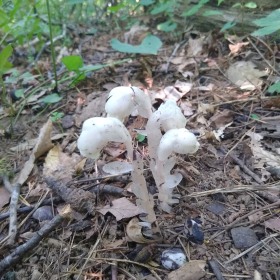